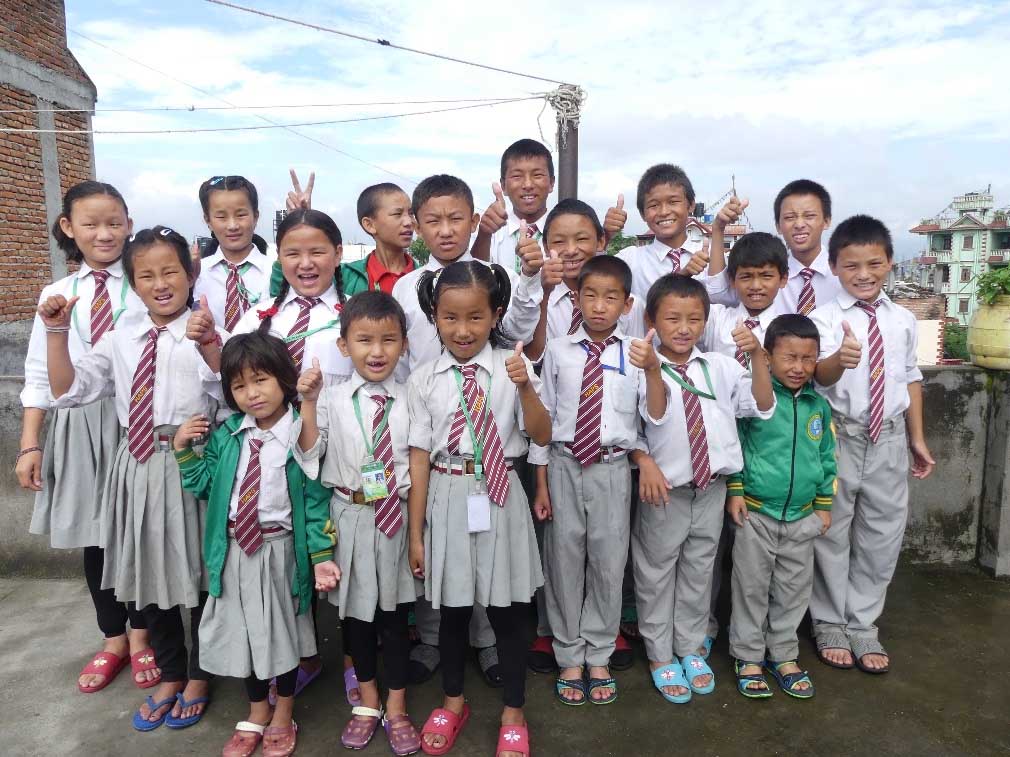 At the beginning of Feb. Taiwanese students group from Call Over Ridges visited SHERPA CHILDREN HOME (SCH). They took interview with some of the children in SCH. They were researching with the children asking them what they want to be in the future. They wanted to know what children of Nepal think about their future job and so on. I welcomed the team in Sherpa children home as guest and they also become very happy.

On 27th of February 2017 there was SHERPA NEW YEAR called LOSAR. The Losar is celebrated as a new year by both Sherpa people from Nepal and Tibetan. Most of the children who live in hostel are from Sherpa Community. So I introduced the Losar as one of their important festival.

The Losar of Sherpa people is celebrated for 3 to 15 days according to the budget and time. Children get new clothes and delicious meals during the Losar. People gather in their community monastery and celebrate it all together. People visit their relatives with gifts and pay respect to their elder such as grandparents, parents and uncles and aunts. The elders feed them with the best food while the grandchildren visit them.