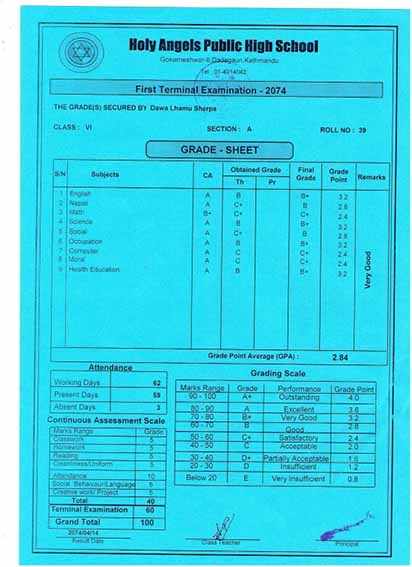 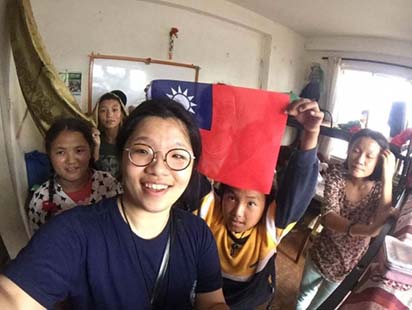 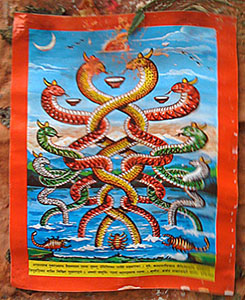 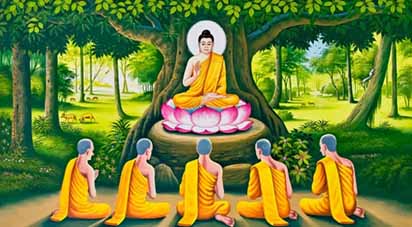 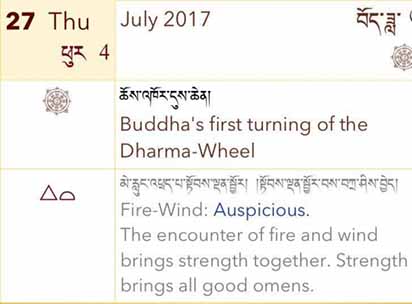 The school of children was opened regularly in this month too. July is the first term examination month for children. They gave exam in the beginning of this month and got the result of their exam on 29th July 30, 2017. Although they jumped the double grade all the children passed their examination with good marks.

In addition now we have a lady volunteer from Taiwan. She came here from a local volunteer organization. She will stay here for 6 weeks till half of the August 2017. She is already familiar with all of the SCH children. She is teaching them English, helping with their homework and caring them before and after the meals.

This festival was held on the date of Thursday July 27 for this year. The festival usually falls in either July or August. The holy festival is celebrated across Nepal as well as in India.

Nag-Panchami is the day of snakes. Nagas are worshiped as special snakes on this day. Those snakes have special roles in Buddhist and Hindu Mythologies.

There are various mythological beliefs about Nag-panchami and its celebration.

Traditionally, during Nag-Panchami, Hindu women offer milk, sweets and flowers to snakes in the hope that the Naga will look upon their prayers favorably.

Mahabharata a Hindhu book tells that Lord Krishna conquered Naga Kalia one of the eight powerful Nagas and put an end to his evil deeds on the day of Shrawan Panchami (fifth day after no moon day). People believe that is the reason why people started celebrating this panchami as Nag Panchami.

Kathmandu valley used to be a big lake. Nagas became very angry when human drained the lake to make it livable. To protect themselves against the anger of Nagas, people gave nagas certain areas as pilgrimage destinations, and promise to worship them on the day, returning harmony in nature. That is continued till date.

This day is also one of the official holidays in Nepal and there is no school.

This is an important Event of Buddhist People from all over the world which is usually celebrated in July. This month it was held on the date of 27th July. This is the day; Buddha taught his first teaching to his five pupils after he got enlightenment doing 6 years of meditation. The day is one of the biggest events of Nepalese Buddhist communities. People visit Buddhist temples, monasteries and audience with their masters for the teachings. Beside this people circumambulate the Stupas, light the butter lamp, offer incense, meals and donation in monasteries.